Busy time over the past couple of days trying to re-home my niece's rabbits. Not moving away, just finding a new abode for them to rest their weary heads. Temporary fix to their hut then out and about looking at second hand hutches. Found a good bargain but too big for any of the family cars so had to phone a man with a van... 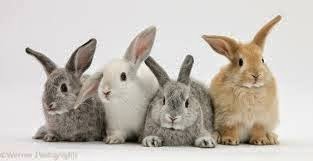 The animal most associated with witches is the cat. But in tradition it wasn’t the cat at all who served witches as familiars and messengers: it was the rabbit. It has also been recorded that on occasions said to have transformed themselves into rabbits.
There are clear associations here with older fertility and witch cults, concepts going beyond the malevolent perversion of witchcraft in the Christian Middle Ages. Rabbits are clever, fast, coming and going as if by magic. Their defences are limited to quickness of wits and of movement. They thrive by fecundity, and are everywhere associated with sex, fertility and the moon. They are the classic tricksters, representing the triumph and joy in life, representing success, the primal stimulus for magic and witchcraft.
Central Americans associate the moon with rabbits. The Maya depicted the moon goddess as a beautiful young woman holding a rabbit in her arms. The goddess Ixchel has a consort who is a man-sized rabbit.
Chinese people associate rabbits with witchcraft, sorcery and alchemy. One classical myth echoes the iconography of the Maya, depicting a rabbit as the companion of the Moon Lady, one who prepares the elixir of immortality.
Africans see the rabbit as the great trickster spirit, one whose story was carried by the slaves to America, where he eventually took the shape in the folklore as the wonderful Brer Rabbit and more recently as Bugs Bunny. Both in their different ways represent the intelligence, the curiosity and the magical quality of their kind: no matter how much trouble they get into they always manage miraculously to slip away. Just like a witch!
﻿
Posted by Bernice at 14:33 No comments:

Been having a bit of a Glasgow heat-wave the past couple of days. Not complaining!


Getting ready for tomorrow-


On July 12, 2014, a full moon known as Thunder Moon, Hay Moon or Shallow Moon, will appear. It will be the first of three “supermoons” this year, which means that the moon is closer to the earth, giving your spells and rituals more power than usual. 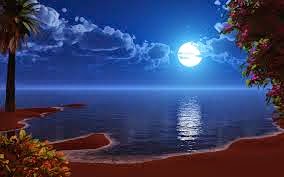 This full moon is in the sign of Capricorn, which is opposite the sun sign Cancer.  In Wiccan traditions, spells and rituals for career advancement, improving social skills and planning for the future, are appropriate. You can also use this time to eliminate the deadwood in your life, in order to make room for positive rewards.
Posted by Bernice at 15:10 No comments:

Just been told by a wee fairy that she can't add comments to the blog. I'm not having that.
I'll need to shred some ice and add some glitter to make a potion that Will kick this blog into action.
Meanwhile...
American Independence day celebrations are in full flow around the world. I am fortunate to have family living in US and I have joined in the celebrations with them before. Fantastic experience. 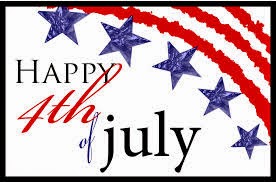 Wikipedia.
Posted by Bernice at 12:17 No comments:

Do you believe in coincidences?

I have been watching that strange woman potter around. She is always scribbling on bits of paper and drinking tea. I could make short work of a full bodied Shiraz but tea it is for her, for now. I watched a DVD over the weekend about the famous pianist Liberace: Liberace's career spanned four decades of concerts, recordings, motion pictures, television, and endorsements. At the height of his fame from 1950s to the 1970s Liberace was the highest-paid entertainer in the world,

The Celts called this month Duir, which some scholars believe to mean "door", the root word of "Druid". The Oak is connected with spells for protection and strength, fertility, money and success, and good fortune. Carry an acorn in your pocket when you go to an interview or business meeting; it will be bring you good luck. If you catch a falling Oak leaf before it hits the ground, you'll stay healthy the following year.
The Duir (Oak) Moon contains the summer solstice, the most Northern point of the Sun’s
journey. The Oak tree, is king of the forest as the Sun is the king in the sky.

The Sabian Symbol for the Sun is: FAMOUS PIANIST GIVING A CONCERT
PERFORMANCE.(erh, LIBE-ER-ACHY)
KEYNOTE: Individual fulfillment in the performing of a social function to which some prestige is attached.(Could this be my appearance at the strange woman's book launch?)
Posted by Bernice at 12:34 No comments:

My name is Bernice O'Hanlon. I was raised by my Irish Granny on a Scottish island so small that no-one bothered to name it. I have typical Celtic looks: carrot kissed hair , skin as pale as milk and eyes of emerald green.

I am writing this Blog Diary to reach out to invite you to talk to me. Things are a bit weird right now you see, this strange woman is writing all about my life, in a Trilogy of Novellas, so I want you to hear my side of the story. I also want you to buy the books...and hear her side. More info on that later. Oh yeah, I'm a witch, I like a cheeky wee merlot and I am a truly fictional character. Let’s get to know each other.